For hundreds of years human beings assumed that the Solar System was a fairly quiet, benign and predictable place; somewhere where things changed, but only over very long periods of time. But our distant ancestors had a very different view. They knew very well that occasionally catastrophic events changed everything – floods, plagues, fire from the sky and so on. But the “age of reason” taught us that this was nonsense, and that our forebears were superstitious, and lacked the intellect of “modern” man. 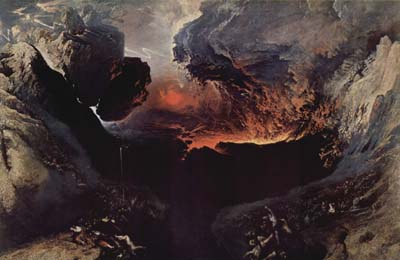 Sir Isaac Newton convinced us that the movements of celestial objects were controlled by strict laws, and that the heavens were essentially a predictable, mechanical system. Sir Charles Lyell persuaded us that geological processes that shaped the world around us were all incredibly slow, and Charles Darwin did the same for biological evolution. The age of catastrophism was dead, replaced by gradualism as the predominant view of the universe.

Then we went into space, and everything changed again. When we got our first close-up views of the other planets in the Solar System it became clear that something was going on; every solid, stable surface that we saw was covered in craters. It is very clear that everywhere in the Solar System we find evidence of massive bombardment from space – everywhere, that is, except here on the Earth. The surface of the Earth seemed to be “crater free” (any craters that could be seen were attributed to volcanic activity), and people assumed that, for some mysterious reason, that the Earth had got away with it.

Then we started looking at the Earth from the outside, using satellites and other spacecraft, and everything changed again. Craters of all sizes began to appear, often badly eroded and almost invisible, especially from the ground. Many are completely buried, and can only be detected using sophisticated geological tools; many more are hidden by water in the world’s oceans. But it is obvious now that the Earth didn’t get away with it at all – we have been battered by just as much stuff from space as all of the other planets and moons in the Solar System. It is also very clear that this bombardment didn’t finish millions of years ago. It is a problem that we still face.

This raises an important question; what’s doing all of this damage? The easy way to begin to understand what’s going on is to find out where all of this stuff came from – how do you make planets?